Bingo has always been a popular game across the world, and its popularity has increased even more after the game has become online. Today, online bingo is one of the most sought after online gambling games. This is primarily because it is fun to play and is driven by luck: there are no strategies you can adopt to ensure you win more when you play bingo. Added to that is the feeling of community that the game generates and you know why more and more people across the world are trying their hand at online bingo.

There are certain rules that govern the game of bingo, and these rules apply to online bingo as well. Before you opt to play online bingo, you must be familiar with the rules of the game so you can enjoy it more. Let us now see some of the basic rules of online bingo.

When you opt to play online bingo, your first step is to find an online bingo website and register yourself there. Once you have registered yourself, you can log in using your personal account and check out the different features that the site offers. At the same time, you should know the basic rules of the game. If you don’t know them, check them out on the Internet.

The first rule of online bingo is that you need to buy online bingo tickets or cards before you can start playing the game. These cards are available online at the site you are playing at, and usually consist of a 5×5 grid. Each of the five letters of the word ‘B-I-N-G-O’ is mentioned at the top of each column, thus you have five columns with the word BINGO at the top of them all. There are some websites that offer a few of these cards free as a promotional offer, but in most cases you have to buy the cards, usually for a nominal amount.

Once the players have the cards, the announcer calls out numbers at random based on their positions on the card; for instance, C6. Players who have the numbers called out need to strike them off till they are able to form a pattern, which indicates completion. The pattern could be a vertical line, a horizontal line, or a diagonal line across the rows on the card.

Players have to mark the numbers that are called out on their cards and inform immediately once the pattern is complete. The player who completes a pattern first gets a reward. In case of two or more people completing a pattern at the same time, the reward would be ideally shared between them. 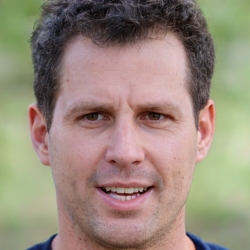